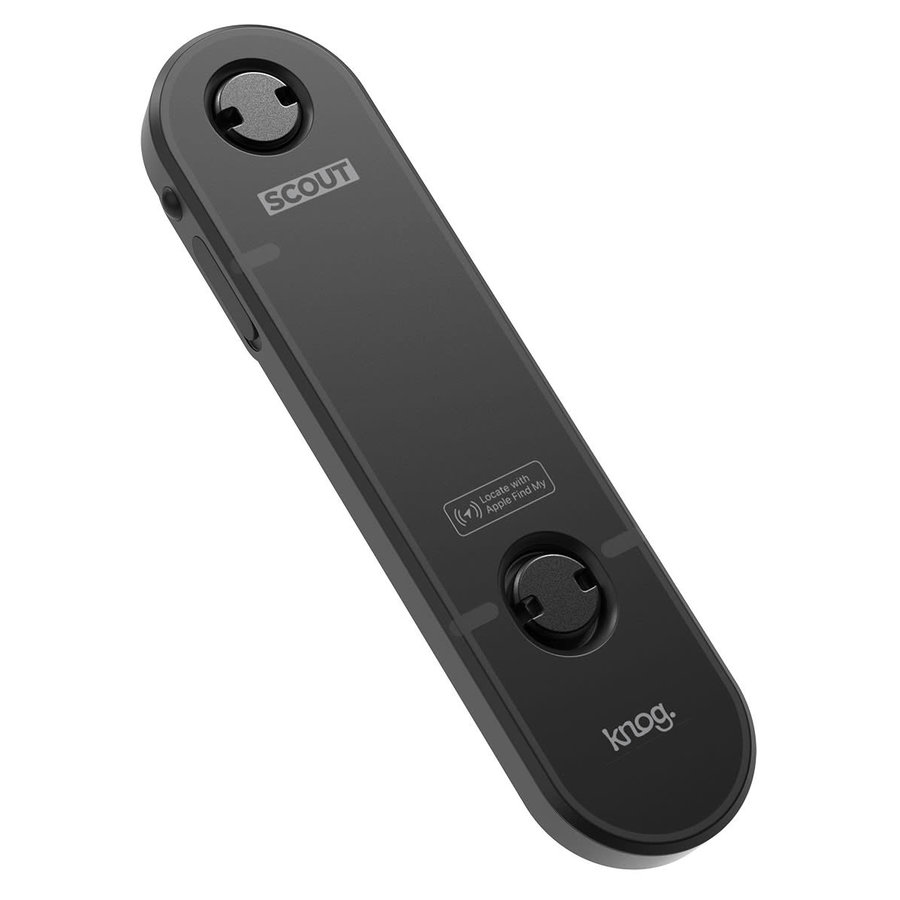 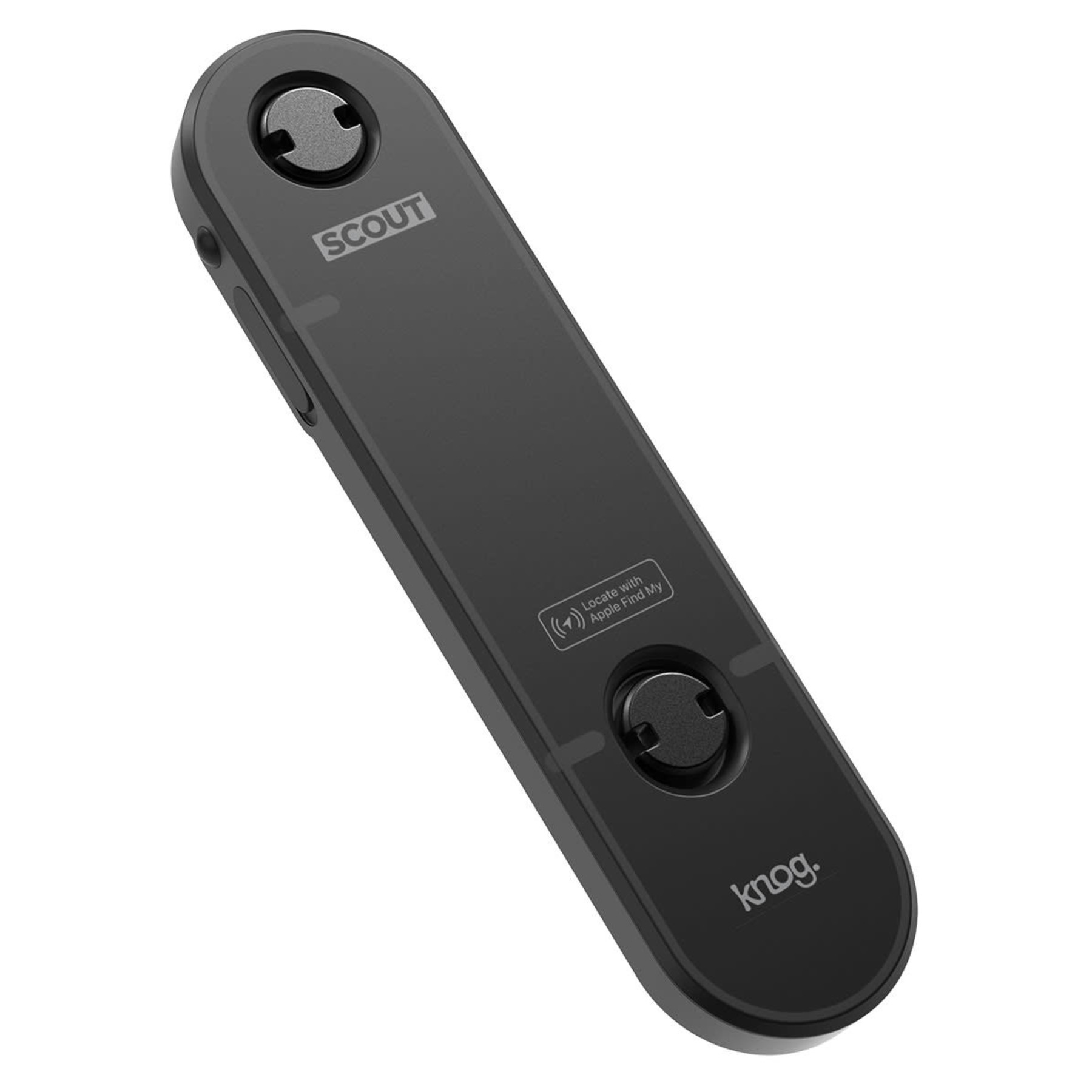 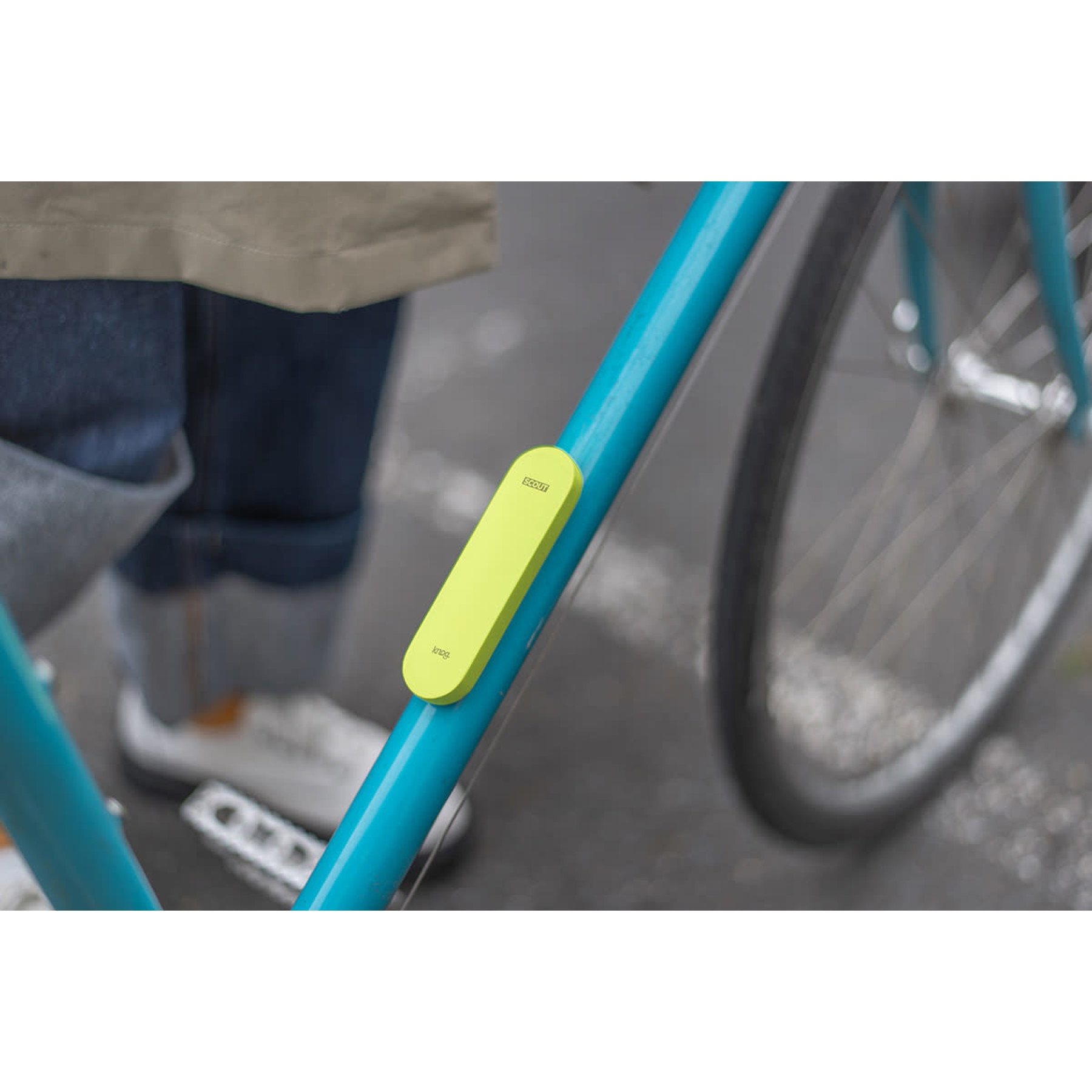 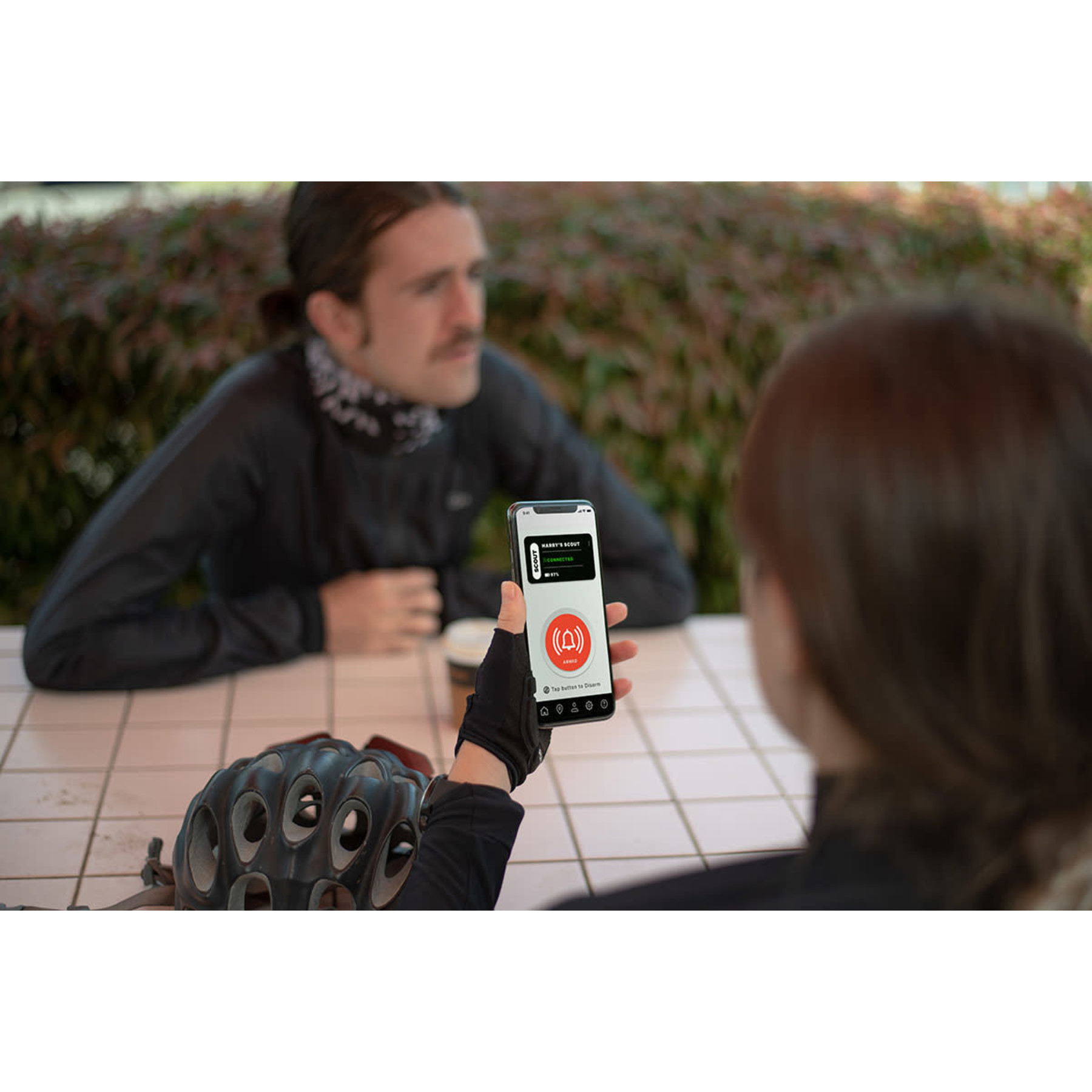 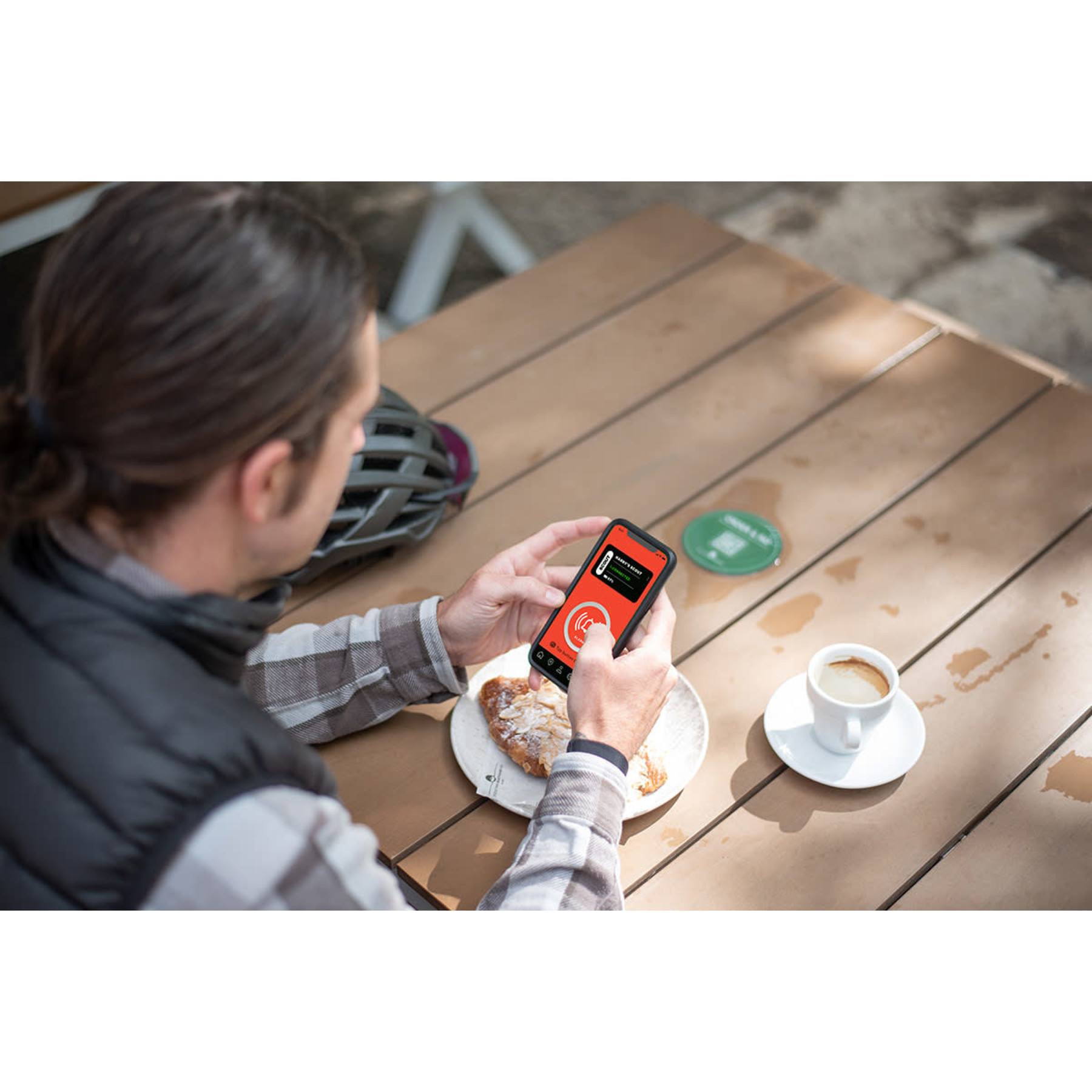 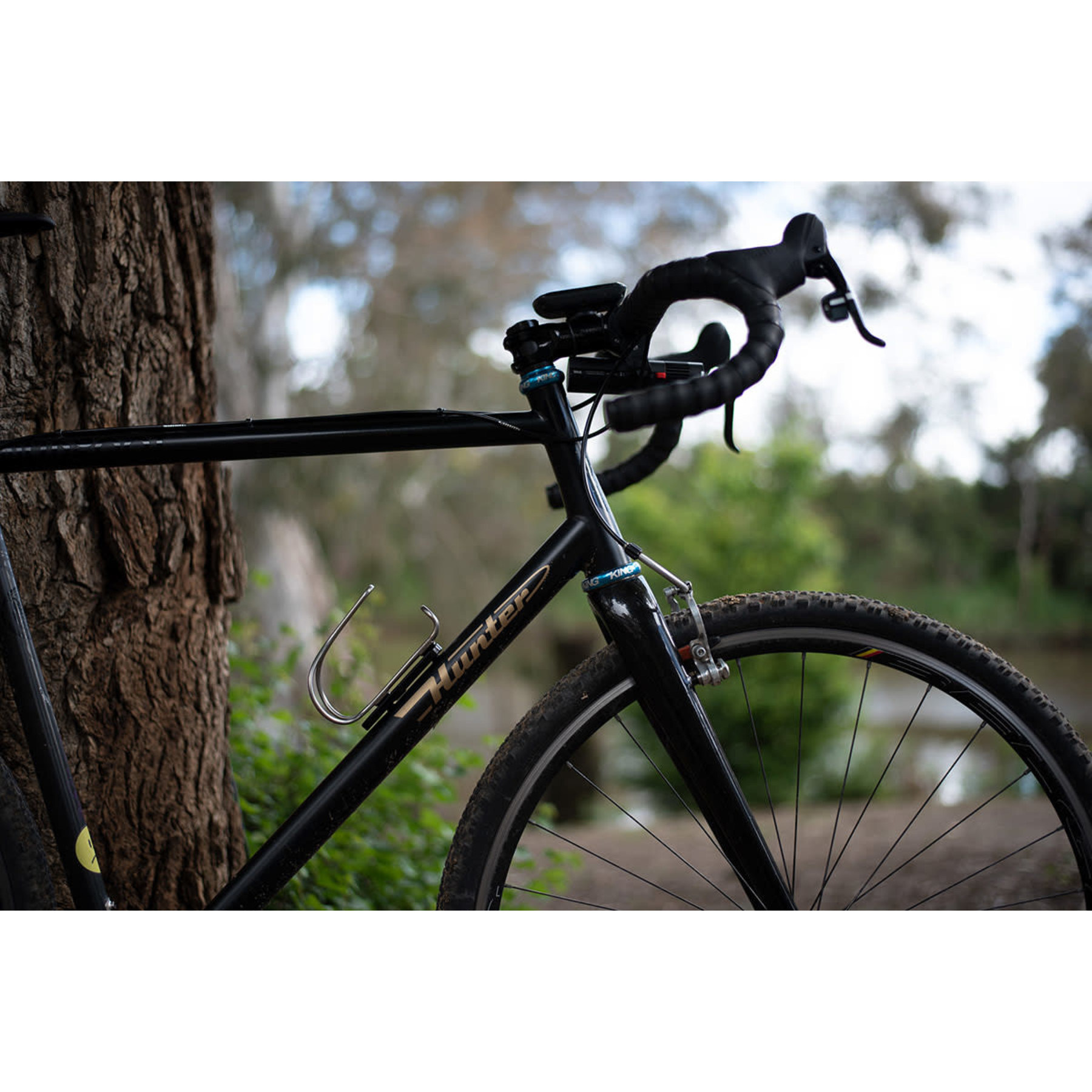 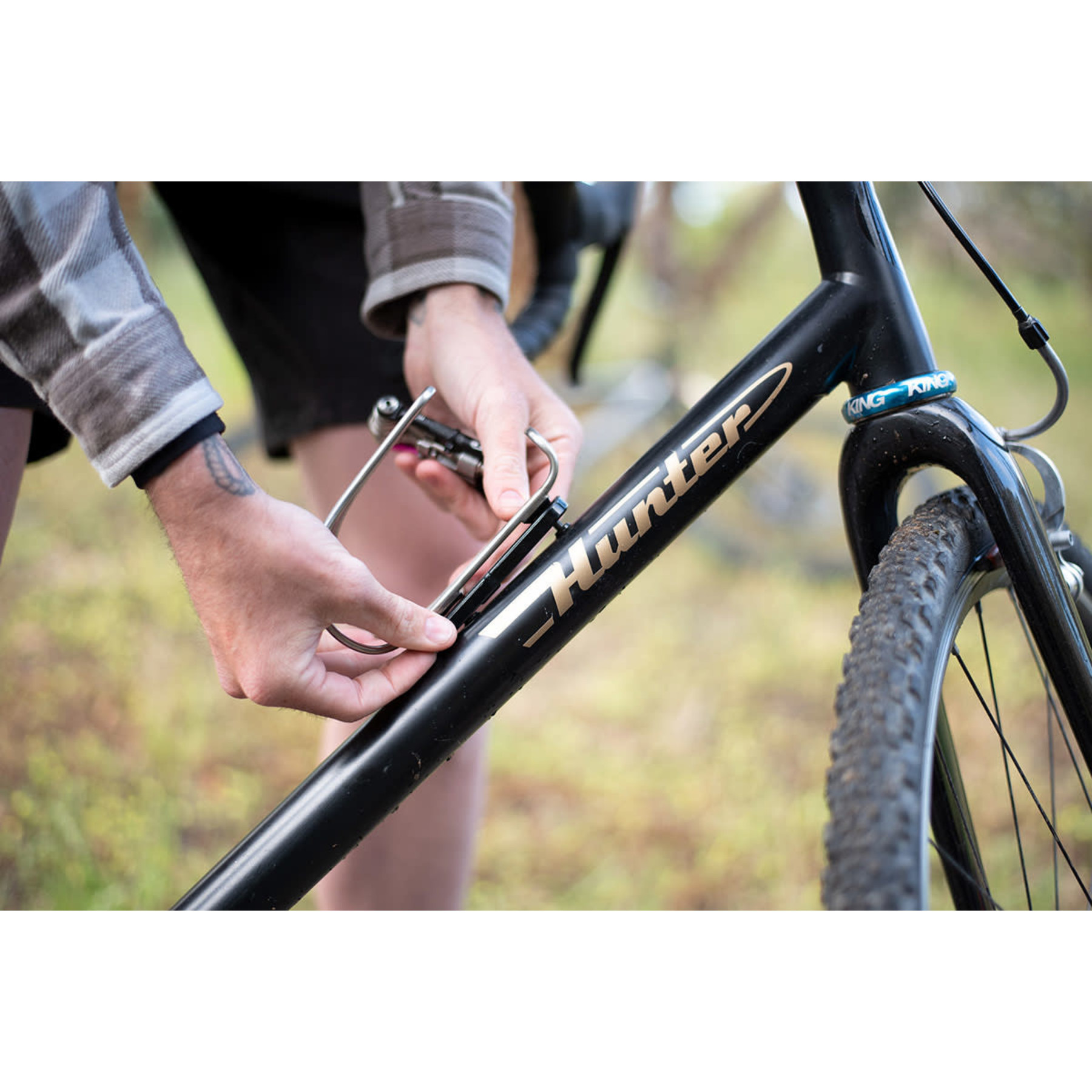 The Knog Scout Bike Motion Alarm & Tracker is the ultimate technology to prevent your bike being stolen.  It detects any motion and will not only emit a really loud alarm (85 decibels), you can accurately track your bike as the has a built in Apple tag. This allows the user to trace the location of their bike using their Apple device and Apple's 'Find my' app technology.

OVERT OR DISCREET PROTECTION
With 2 Scout colour options to pick from, the rider can decide how overt they wish to make their Scout; the functionality remains the same.

LONG BATTERY LIFE
Enjoying up to 6 months of battery life between charges, a user will only have to charge their device twice a year.

IN-SITU USB-C RECHARGEABLE
When charging Scout, there is no need to remove the unit from the bike; simply recharge via a USB-C cable.

LOUD PIEZO ALARM
The alarm is impossible to ignore at 85 Decibels, which is louder than a truck, but not quite as loud as a helicopter.

INTELLIGENT LEDs
Multi-functional LED’s allow the user to clearly see if their Scout is alarmed, paired and the status of the battery.

WATERPROOF
With a waterproof rating of IP67, the Scout can be left in the rain, ridden in the rain, or get wet when washing your bike without affecting the functionality.

How much does the Knog Scout Bike Tracker weigh? The Knog Scout is lightweight, compact and only weighs 25 grams.

How does the Knog Scout attach to the bike? The Knog Scout fits neatly under the bottle cage and has tamper-proof screws.

How does the Knog Scout track a stolen bike? The Knog Scout can trace the location of a bike using the Apple device and Apple's 'Find my' app technology. The unit has a built in Apple ID tag to allow a stolen bike to be located quickly.

Is the Knog Scout available in different colours?   It comes with a Neon Yellow cover for overt protection, or leave the cover off and have the original Black Stealth for discreet protection.

What is the release date of the Knog Scout? The Knog Scout officially releases end of July 2022, but we may only expect stock to arrive early August.

Shipping info isn't exact and is subject to change

If you’ve used this product, share your thoughts with other customers 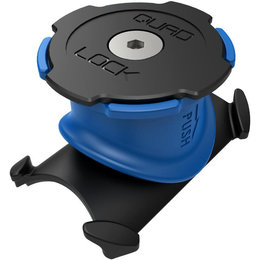 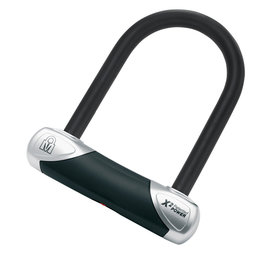 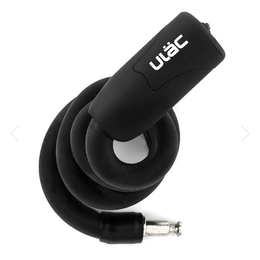 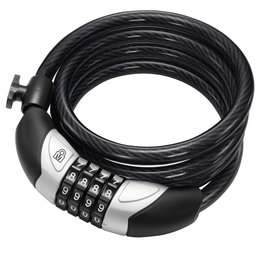 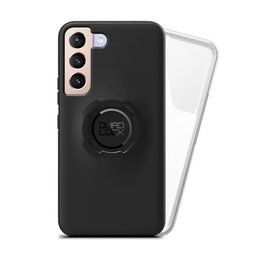 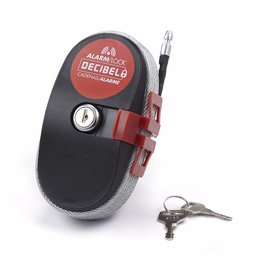