Jamis Bicycles was based in Tallahassee, Florida, taking its name from founder Ron Jamis, and originating from distributor East Coast Cycles. It introduced the Earth Cruiser, a beach cruiser, in 1979. In 1980, it made the Boss Cruiser, featuring a double-diamond frame and a Cheeks saddle. Jamis sold its Boss Explorer comfort bicycle in 1981, combining the Boss Cruiser and early mountain bikes. In 1983, Jamis launched the Dakota, Jamis Lightfoot and Jamis Roughneck. The first Jamis Dakar in 1985 was a custom-built, race-ready bicycle from the factory. The Dakar is still sold, although revised.

In 1988, Jamis introduced the Eclipse and Quest, their first road bikes. In 1991, Jamis introduced Coda and Tangier hybrid-style bikes with an upright seating position and 700c tires. Jamis sold the Dragon, its mountain bike, in 1993, featuring a fillet-welded, hand-polished tube frame, Rock Shox front suspension, XTR drivetrain and Ultegra Hubs. It made its first full-suspension bike in 1995.

The off-road Dragon and on-road Eclipse were the first American-made production bikes to have Reynolds 853 tubing on their frames. In 1998, Jamis made the Diablo, with a vacuum-resin, molded-carbon monocoque frame. Its Dakota mountain bike won the Bike of the Year Award from Mountain Biking. In 2000, Jamis won Bike of the Year again for bicycles under $800 with its Dakar Sport 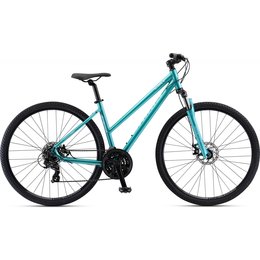 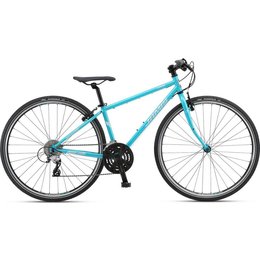