It's 1988. Bicycle enthusiast Michael Eidson, is competing in a 100-mile race in the grueling summer heat of Wichita Falls, Texas. Water is vital to surviving the race, and there are few places to refill a water bottle. Eidson, an emergency medical technician by trade, decides to fill an IV bag with water and slip it into a white tube sock. Yes, a tube sock. Then he stuffs the contraption into the back of his bike jersey, throws the thin hose over his shoulder and clamps it with a clothespin.

Hands-free hydration is born. And Eidson is able to drink as he pedals...while the other racers laugh and fiddle with their water bottles.

Jeff Wemmer, a competitive cyclist who fell hard for CamelBak, was so impressed by the product that he started bringing packs to races to sell them. CamelBak eventually hired him, and in 1993, Jeff embarked on a road trip to keep the start-up running during very tough times.

Company lore has it that Jeff visited bike shops from Florida to California, pitching our renegade product from the back of his motorcycle. Each order Jeff faxed back to the factory literally breathed another day of life back into CamelBak.

It took courage, conviction and imagination to evolve from an IV bag in a tube sock sold by a motorcycle-driven sales force of one. Our core values remain the same and drive everything we do - from inventing the hydration category to becoming the world's leading maker of hydration solutions. 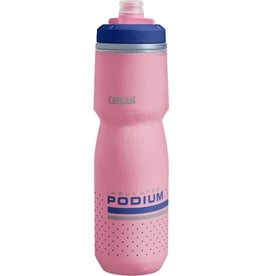 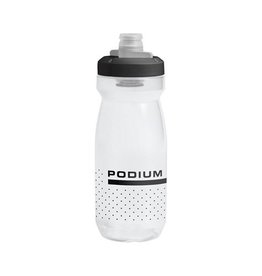 A new design and improved cleanability maintains the Podium bottle's position as the best-of-the-best within the cycling industry. This premium bike bottle prioritizes performance and excellent cage fit above all else for both professional and recreationa
Add to cart
Camelbak Podium Bottle 700ml
$19.00 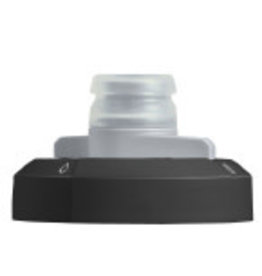 The Camelbak Replacement Cap has a new design which ensures unrivaled fitness and cycling performance with proven hydration functionality.
Add to cart
Camelbak Replacement Cap
$10.00
By using our website, you agree to the usage of cookies to help us make this website better. Hide this message More on cookies »